Plastic packaging has been using for many years and contains on a lot of advantages that any other non-plastic material may not provide you.

It is a great alternative to the other packaging that will allow the manufacturer or brands to get more with the less. It was a great invention of man that provides a lot of advantages such as beautiful packaging designs reduce the use of energy and give you an affordable and durable packaging as well.

Whether you will talk about cosmetic products, technology products or about the food you will get plastic packaging everywhere. It is considered the best way to keep all the products save.

It allows your food to stay fresh and healthy as well. It also helps to reduce the wastage that can affect your environment.

According to the study of British Plastics Federation it has seen that if we try to replace the plastic material with some other non-plastic material, it can become a cause of increment in the energy, packaging consumption, mass terms as well as the emissions of greenhouse gases. 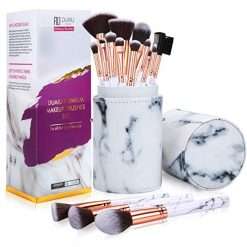 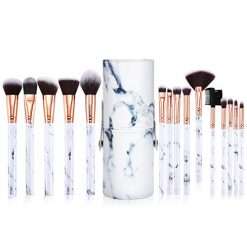 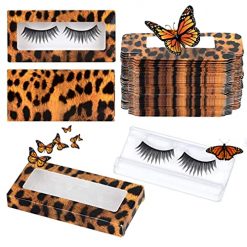 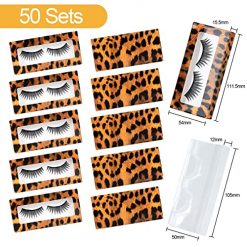 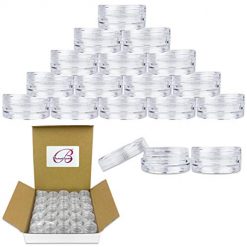 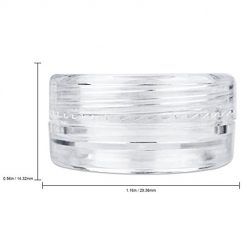 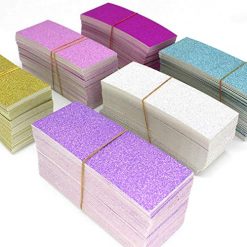 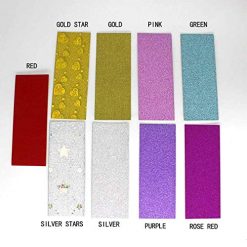 It can also increase the cost that you spend on that packaging and the other parts as well.

The non-plastic materials that are used for the packaging purposes result in the emissions of greenhouse gases even 2.7 times more that is not good for our environment.

Plastic material is environmental as well as energy-efficient. In this article, we are going to discuss the inventor as well as the history of plastic packaging.

During an International Exhibition that was held in London, the Alexander Parkes has introduced a first plastic material which is made by a man. It was a bio-based material which was derived by dubbed Parkesine form the cellulose. This material is considered best because it could be easily molded into the desired shape when it was heated and after cooling down, it was retained into its shape. It was a great and unique invention towards the packaging of different products.

Dr. Jacques Edwin Brandenberger, who was an engineer of Swiss textile, was generated cellophane. It was a clear layer used for the product’s packaging. This plastic wrap was the first waterproof and fully flexible plastic that was best to keep the products save. The primary aim of Brandenberger was to create clear, flexible plastic packaging that can help to cover the products and keep them maintain the stain resistance as well.

This is another best year that plays an essential role in the success of plastic packaging. In 1930 a 3M engineer who is known as Richard Drew was created Scotch cellulose tape. After a few time, the name of tape was replaced by the Cellophane Tape. It was such a great invention in the packaging industry. It allows the manufacturer or company owners to use this tape to pack their products that provide excellent protection. It was an attractive way for the bakers and grocers to pack and sell their products such as foodie items by using this tape.

In 1933 a new plastic was invented accidentally by the Ralph Wiley. He was a worker in Dow Chemical lab who was experimenting and discovered a plastic. It was polyvinylidene chloride and started to get popularity as SaranTM. For the very first time, this plastic is used to protect and pack the different military equipment, and after that, it was also started to use for the packaging of food. Saran was such a flexible plastic wrap that could easily use on any pot, bowl, or dishes, etc. It was an exceptional plastic that can keep your food, whether it was wrapped in a grocery store or at home as well.

Tupperware is other types of plastic which are developed by Earl Silas Tupper in the United States. He was made a network of housewives who sold Tupperware to earn some money. Earl Silas Tupper was made this network to promote his line for the food containers that contained on polythene. In the history of plastic packaging or containers, Tupperware, as well as the other airtight plastic, made containers are considered best inventions. They allowed your food and any other product to stay safe inside the packaging because their airtight seal features didn’t allow any dust, dirt or bacteria to enter inside the box. At that time the people were started to attract towards this product, and the sale for these plastic packaging was outstanding.

It was the first plastic spray bottle that was created by the Dr. Jules Montenier at commercial level. Dr. Jules Montenier was the Stopette’s creator. Stopette was a deodorant which was used for the underarms. To dispense the deodorant, the consumer needed to squeeze the plastic bottle. In that year “What’s My Line” was the sponsor of a popular televisions show known as “What’s My Line, he took advantage of that show, and he triggered an explosion in the unique use of plastic bottles.

In 1950 a green or black garbage bag was created that was made from polyethylene material. Larry Hansen and Canadians Harry Wasylyk were the two great names who were the developers of these bags. These bags were developed to use at a commercial level that was first sold to Winnipeg General Hospital. After using at commercial level theses bags started to get popular for the home use to throw the garbage away. These plastic bags were durable that allowed the consumers to go through any garbage without the fear of tearing.

It was another great year for the development of some unique and high-quality plastic packaging. The zipper storage bags were introduced in this year. Robert W. Vergobbi introduced it. Minigrip has licensed these bags and planned to use as pencil bags. But after some time they realize that the bag can do even much more than keeping the pencils.

In the year 1968, when it was started to appear that the zipper storage bags are more than storage the pencils, new Ziploc bags were introduced. These bags were the best food storage bags, and they were used for the packaging of sandwiches or rolls.

In 1959 the first character lunch box was introduced that was fully licensed. The producers of this lunch box were Frey, Paeschke and the Wisconsin manufacturer Geuder. It was a plastic lunch box along with a Mickey Mouse character that was lithographed on an oval shape tin. Inside this oval tin, there was a tray that the consumers could pull out easily. This tray was used to keep the meal covered and fresh as well. In 1960 first that plastic was used only for the handles and after little time it was started to use for the entire lunch box.

The plastic wraps for bubble were created in 1960. Marc Chavannes and Engineers Alfred Fielding were the producers of these wraps. This is another best invention in the world of plastic packaging because these wraps are best to keep the things safe for a longer time.

In 1988 a unique coding system was introduced that had a feature of voluntary resin identification. It was a great creation in the industry of plastics manufacturing. This system was excellent that help to identify the resins of plastic that companies are used in plastic packaging or containers.

A new plastic packaging was introduced that helped to reduced the food wastage. It was known as a Salad in a bag. It helped to keep the vegetables and fruits fresh and maintain their nutritionist properties for a longer time. 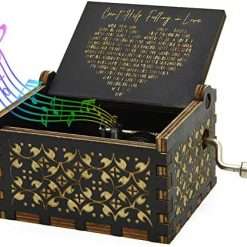 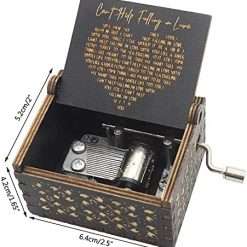 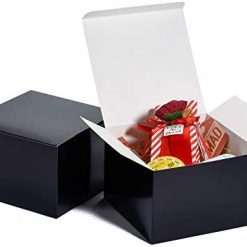 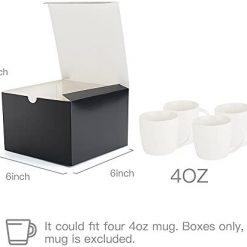 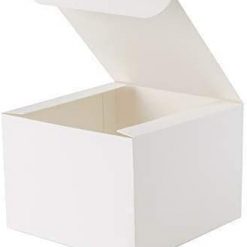 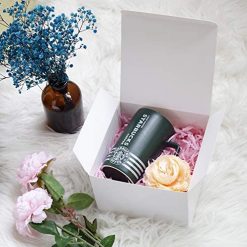 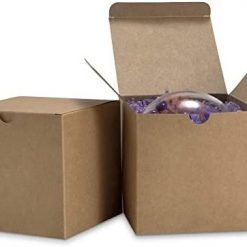 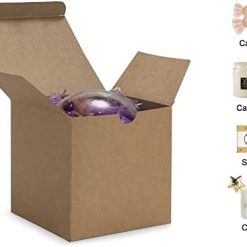 The flexible and durable plastic tubes for the yogurt were introduced. It allowed the consumer to take full advantage of healthier food by getting calcium and enjoying the taste as well. In 2000 the PLA (Polylactic acid) was made by using the corn that was based on bio-based packaging. It was another good plastic packaging that was given to the market.

In 2007 a new trend of lightweight plastic packaging was introduced in the form of a 1-gallon plastic jug of mil and the 2 liters of a plastic beverage bottle. They became popular, and people started to use them wisely because they are light in weight and easy t carry as well.

In 2010 the Metallyte were produced to pack the sharp material such as noodles, coffee, grains, and beans, etc. This plastic packaging was great because it allows the user to use the content inside the packaging without tearing the pack. This packaging design was based on foil that was light in weight.

Moreover, a company Heinz Dip & Squeeze has created a first plastic packaging for the ketchup. It contained dual functions that allow the consumer to enjoy the ketchup form both sides. The consumers could easily peel its lid or tea its tip t enjoy the ketchup with food. It was a great invention in the food world that makes your meal even more enjoyable.

Why Companies Contributed to Plastic Packaging?

Plastic packaging has a lot of benefits due to which the companies and people live to contribute to the production or manufacturing of plastic packaging.

There are some significant reasons due to which plastic packaging got more popularity as compare to alternatives.

As compared to the other packaging material, the plastic can consume less energy during the manufacturing process.

They are light in weight due to which you can easily use this packaging for transportation. It is also the best material that can reduce the emissions of greenhouse gases.

Lower use of energy means the lower consumption of fuel and money as well.

Due to the lower use of energy and reducing greenhouse gases emissions, plastic packaging has lower environmental impacts that may damage our life.

Keep the Food Fresh and Healthy

It was one of the most difficult tasks for the people that how to kept their food fresh and healthier. Plastic packaging was the proper answer to their question.

Its great properties allow your food to stay fresh for a longer time and maintain its nutritionist values.

The durability and flexibility of plastic are increasing day by day. New advancements in designs and technology allow the manufacturers to decrease the quantity of plastic that can be used for the provided quantity of any product.

For instance, in 1970 a plastic detergent bottle of 1 liter that was contained on 120 gms is now the weight of 43 gms only along with the reduction of 64 percent.

Over time, the plastic packaging has been changing and moving towards the unique and innovative manufacturing.

The competition is going very high in the market, but still, you can get more advantages through plastic packaging.

After reading this history, you must be able to know and understand the value and importance of plastic packaging to pack your products.

However, there are different types of plastic materials that you can use according to your needs. Continues development is ongoing to make plastic packaging even more reliable and up to date. 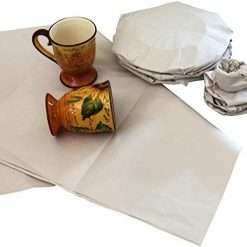 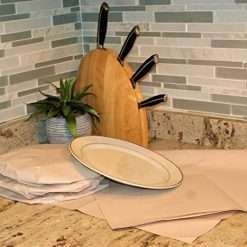 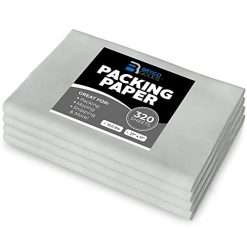 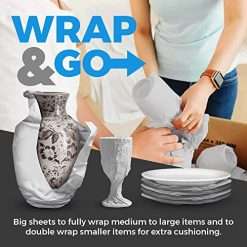 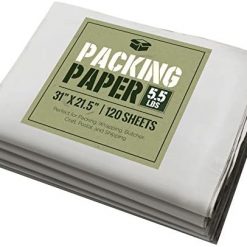 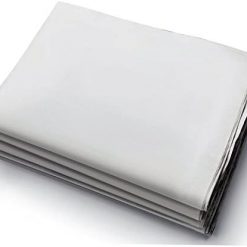 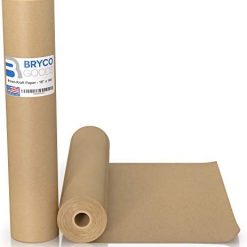 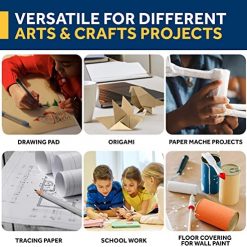